I realized that despite having a farmers market open almost every day of the week in Sonoma County (it's true!), I wouldn't be able to attend one until Sunday. So yesterday, I swung by a farm stand in Rincon Valley. Redwood Empire Farm has their own farm stand on Tuesday and Thursday afternoons, and so I scooted out there for some zucchini, armenian cucumber, basil, and mini gravenstein apples. It was fun to see Jeff and his sister Theresa selling their products right next to where they are grown. Here's my bento made with lots of local produce. 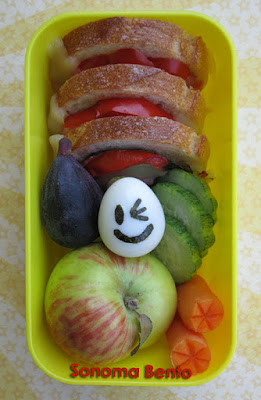 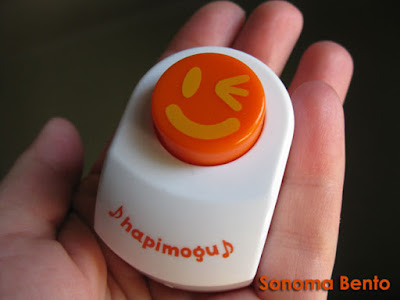 Here is the face punch that I picked up at Daiso on my recent trip to Seattle. I do like it, but I still want to get the awesome face punches for sale on J-List. Sigh... we'll see. 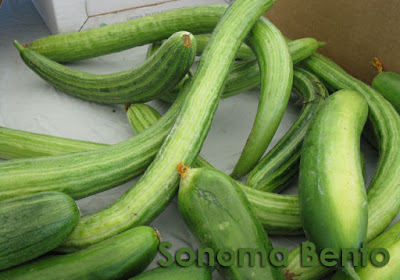 Here's a pic of the cucumbers for sale at Redwood Empire Farm stand. There's a mix of both slicing cucumbers and armenian cucumbers (which are actually an asian melon). If you can find the aremenian ones, give them a try!
Posted by Sonoma Bento at 2:01 PM