My sweetie pie had a four day weekend this past weekend, and it made me bento lazy. But yesterday we did manage to head dowtown for a little World Cup Fever. I wanted Holland to win, but alas, they didn't. It was a pretty good game, though, chest kick and all! 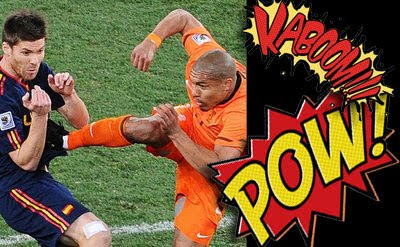 After the game, I headed to the pool for some chillaxin time. I made this little snack bento to enjoy while I got some rays. In the magic round bento: slices of Valley Ford Cheese Co. Estero Gold cheese, pan fried padron peppers from Crescent Moon Farms, slices of lemon cucumbers from Crescent Moon Farms, cherry tomatoes, raspberries, a few blueberries, and half of a plum from Neufeld Farms. 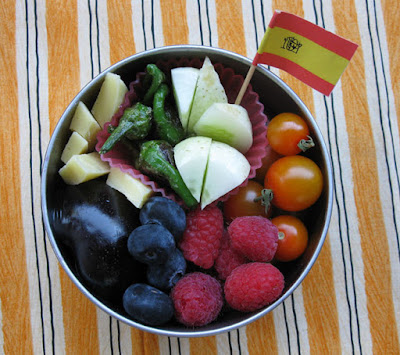 I made the little Spanish flag from a set I got at Cost Plus Market. For some reason, it didn't have the coat of arms on it. And I had to make nails to match! I only show the Spanish set, not the other hand with the Dutch flag on it. 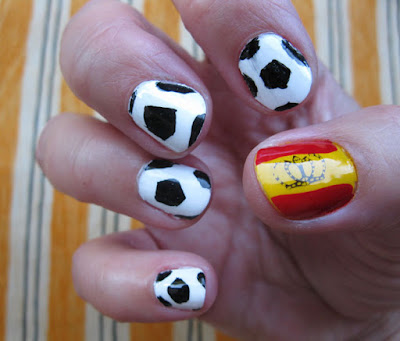