This bento is not especially hot or spicy, per se, but I thought it had enough oomph to call for devils and this fiery fabric as a background. I think I got the devil cocktail charms at Archie McPhee in Seattle. I love that store so much, I lurve it! I don't see them on Archie's site right now, but Amazon may have them: Cocktail Demons 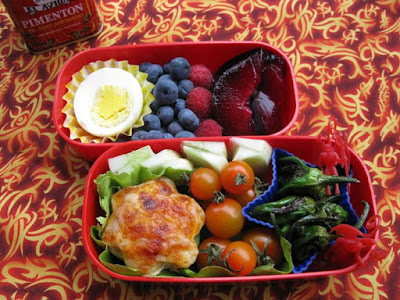 In this hotsy totsy bento: a half hard boiled egg, blueberries, raspberries, and slices of deep red plum from Neufeld Farms. In the lower compartment: slices of lemon cucumber from Crescent Moon Farms, a flower shaped open face sandwich with ham, provolone, and smoked paprika (I broiled it to melt the cheese a bit), cherry tomatoes, and pan fried padron peppers from Crescent Moon Farms. I picked up the cool star shaped silicone muffin liner from Cost Plus this weekend, along with the jar of pimenton (smoked paprika).
If you have never tried padron peppers, I highly recommend them! I get mine from Crescent Moon Farms each year. These were the first of the season. Preparation is so easy, you really don't even need a recipe. Heat some olive oil in a pan over medium heat. Add the peppers whole, and fry them until they are softened and brown on the outside. Toss with sea salt and serve. Once in a while you will get a hotter pepper, but they are generally mild, and so flavorful. You can also use this method with shishito peppers, a japanese cousin of padrons. 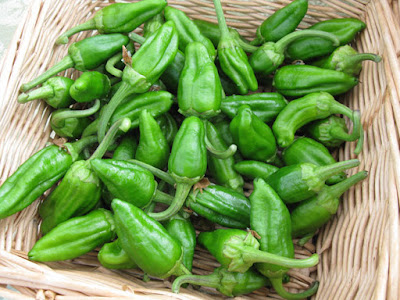 These lemon cucumbers from Crescent Moon Farms were really delicious. Look for smaller lemon cucumbers, otherwise you will get nothing but seeds inside. 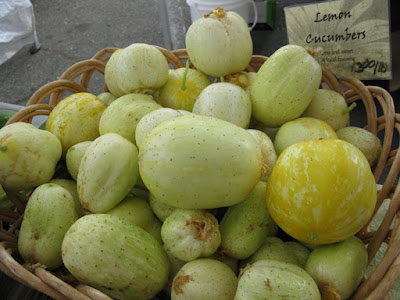